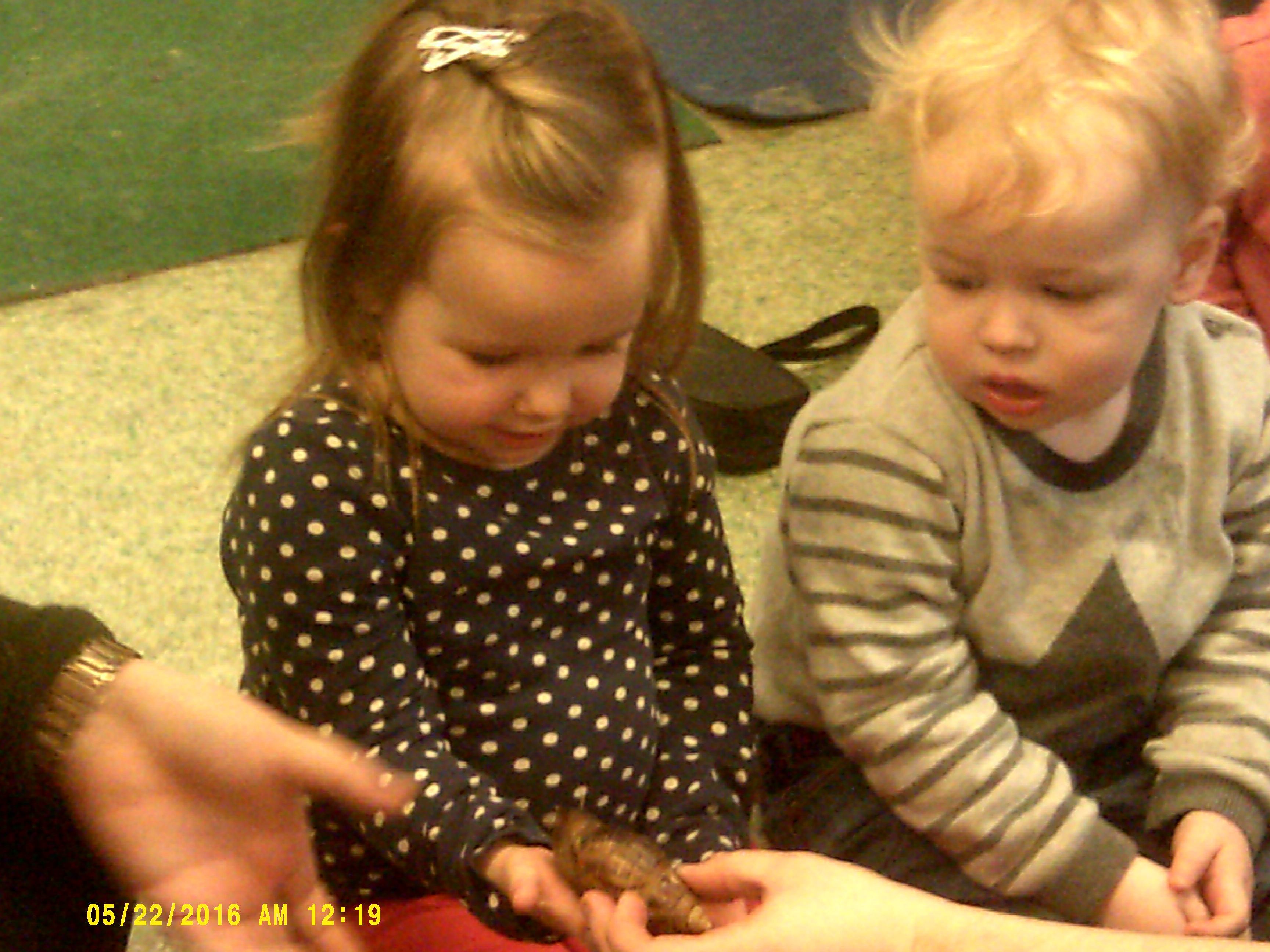 On Friday 5th February we had a visit from ZooLab. The children from both rooms were very excited to see the animals but also very well behaved, they sat beautifully as the animals were brought out, listened very well to instructions and were brave enough to touch and stroke them too!!

They got to see a tarantula, rat, snake, giant cockroach, giant snail and a bearded dragon called Puff. ZooLab wove the story of the Chinese New Year around the animals to explain how the animals became part of the Chinese calendar.

We look forward to seeing them again later in the year.